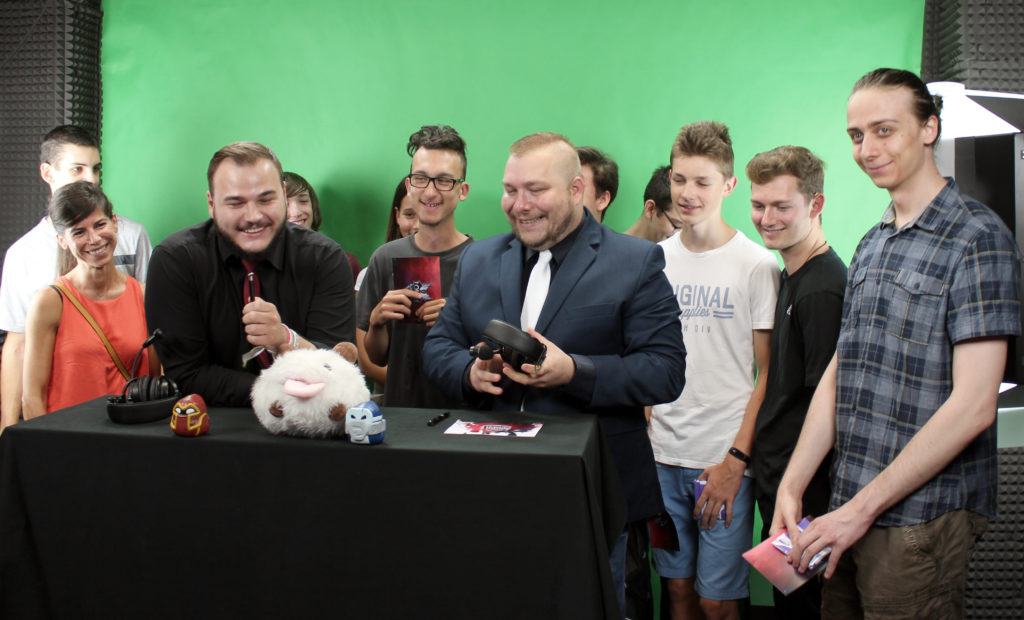 The 20-years-old Smile Foundation provides free-of-charge psychological therapy programs and positive experience programs for children who suffer from chronic diseases. The aim of the smile therapy is to help children cope with the trauma caused by their condition. Esports fans mentored by Smile Foundation took a full tour in our studio complex.

The youngsters had a firsthand experience of a LOLTV show being made behind the scenes and could even join in on the live broadcast. Also, they had the chance to try themselves as esports commentators in the set of Fusion TV – one of them even tried a short intro.

“It was joyful to see these usually quiet, reserved children open up and act loose. It was clear to see that this was their territory, and they were open and grateful for every bit of information they learnt about the backdrop of esports. The fact that they were the stars for a few seconds meant the world for them.” – said Diána Csekő, volunteer of Smile Foundation. “It was stunning for them to see how much preparation is needed for an esports broadcast. Some of them thought about starting such a career: some of the children are interested in roles in front of the cameras, and some are interested in more technical areas.”

The studio tour was guided by LOLTV’s well-known shoutcaster, Laszlo “Chioo” Tompa. “They needed a little time to loosen up, but after a while I reckon from the smiles and many-many questions they were grateful for this opportunity. Esports is a tough career choice, both as a player or as staff. Whatever their dream may be, I hope they’ll succeed, since the future belong to those who believe in the beauty of their dreams.” – said Chioo.

At the end of the tour the children received unique presents: cards used during the live broadcasts of LOLTV, signed by all the casters.